– ‘Uthman ibn ‘Affān (God be pleased with him) reported that God’s Messenger (God bless him and grant him peace) said: “Whoever reads the last verses of āl-‘Imrān[Chapter 3: Verses 190-200] at night will have [the reward of spending a whole night in prayer] written down [in his Record of Deeds]. Hadith reported by al-Bayhaqī. 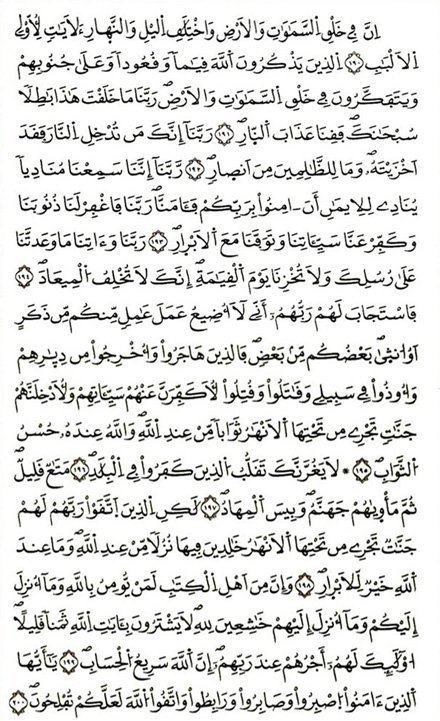