– ‘Abdullah ibn Mass’ūd said: “Whoever reads ten verses from Chapter 2 [al-Baqara] at night, no devil will enter that house that night until the morning comes: the first four verses [of the chapter], the Verse of the Throne [Ayatal-Kursi: Verses 253-4] and the two following verses, and the three last verses [of the chapter].” In another narration: “No devil will approach him and his family that day, or anything he dislikes. And if they are read on an insane [driven to insanity by a devil’s touch], he will regain consciousness [and recover].” Hadith narrated by ad-Dārimi, at-Tabarāni and Ibn al-Mundhir (God have mercy upon them). 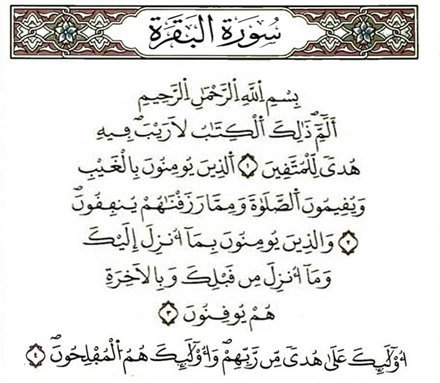