– Mother of Believers ‘Aisha (God be pleased with her) reported that the Prophet (God bless him and grant him peace) said: “Whoever reads the last five verses [of Chapter 18] when he intends to sleep, God will awaken him at anytime of the night he wishes.” Hadith narrated by Ibn Mardawayh (God have mercy upon him). 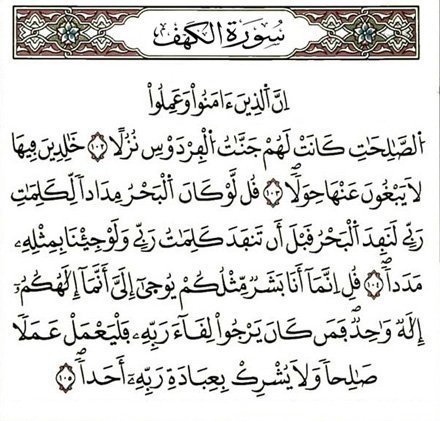