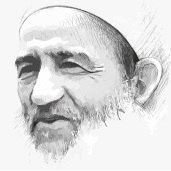 Unfortunately, the initiative he led in person and accompanied by a handful of faithful brothers, who followed him in an attempt to unify the Islamic activism, was met with a chilly reception and lack of interest. Hence, Imam Yassine announced the foundation of the Islamic movement Usrat al-Jamā’a [the Movement’s Founding Body] in 1981 to be part of the Islamic revivalist dynamism.